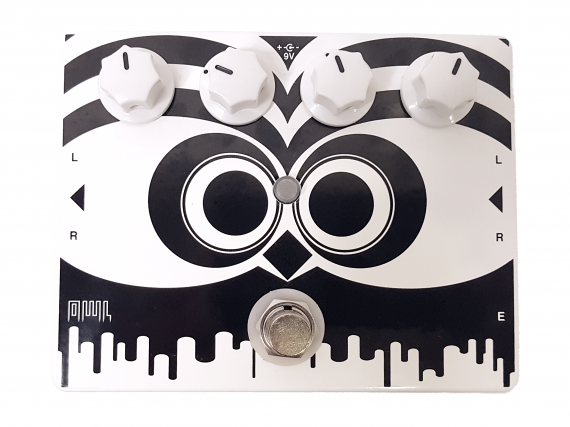 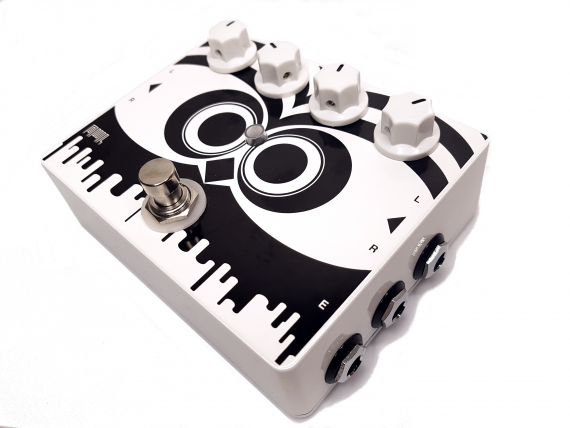 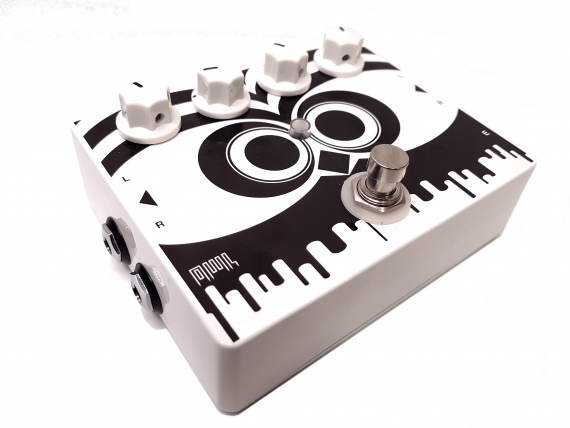 The OWL Pedal is an open source, programmable stage effects pedal, made for guitarists, musicians, hackers and programmers.

The OWL Pedal is an open source, programmable stage effects pedal, made for guitarists, musicians, hackers and programmers. Users can program their own effects, or download ready-made patches from our huge online patch library.

Backed by an active community, our patch library boasts well over 300 patches, including phasers, flangers, glitchers, loopers, droners, delays, reverbs, crushers, folders, shapers, screamers, laughers and more. Without question, the OWL is the most advanced and versatile effects pedal around. It is powered by standard 9v DC (not included) or USB, and you don’t need to connect a computer to use it.

OWL Pedal Mark Two is the remake of a classic. Mark Two has more memory, more signal, and less noise, thanks to improved hardware specs. It also comes with a whole new firmware. This means not only that the OWL Pedal is back in production, but also that it is now better than ever.

Changing patches is now easier than ever. Simply select Bypass with the footswitch, press the pushbutton, then select from any of the stored patches using a knob. The LED pushbutton blinks to indicate which patch is selected.

Another important new firmware feature turns the OWL Pedal into a USB audio interface, as well as a stereo effects processor. You can seamlessly monitor, record, and play back a performance while using the pedal as a fully featured effects unit.

The OWL Pedal is Open Source and Open Hardware, published under the Gnu GPL.
Code and schematics are available on OpenWareLaboratory.

There are no reviews yet.

Be the first to review “OWL Pedal mkII” Cancel reply

This site uses Akismet to reduce spam. Learn how your comment data is processed.